Healthcare organizations have been the unfortunate targets of cyber ransom for years. In fact, according to research by SANS, they suffer more breaches than any other industry. This likely happens for a few reasons. The first is the simple fact that it's easy to get them to pony up—healthcare isn't exactly a luxury, so if all systems go offline, most orgs will take any steps necessary to get data back—including paying the bad guys.

I was doing some training with a healthcare organization who was actively bucking that industry trend: They had recently adopted ExtraHop Reveal(x).

We start with Overview. We saw two security detections in the last hour. One detection is for DoublePulsar. 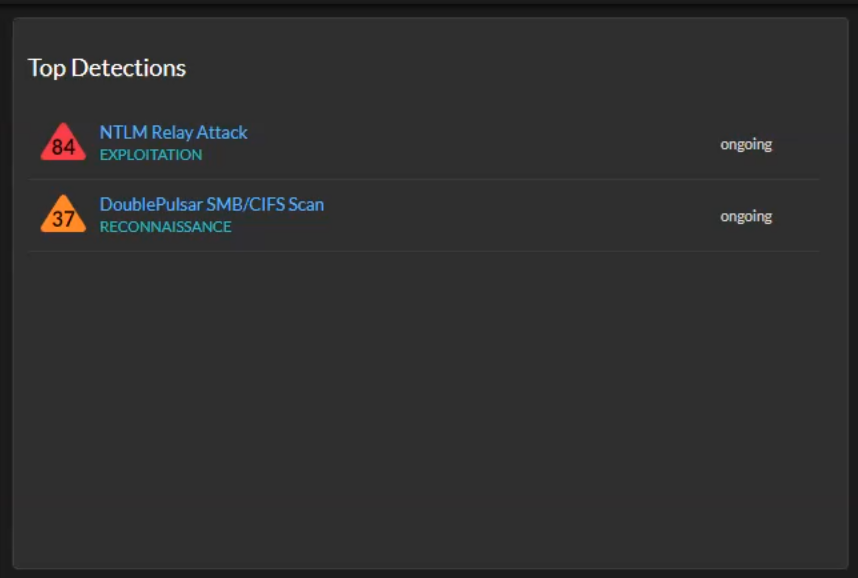 Some quick background on DoublePulsar: It's a nasty backdoor implant that was leaked by a hacker group back in 2017, and it affected something like 200,000 Windows machines. It was used in the notorious WannaCry ransomware attack that (among a long list of other victims) nearly shut down England and Scotland's National Health Service (NHS). Ambulances were diverted, patients were turned away. It was bad.

Back to the detection:

The offender is a medical device (a PC running medical software) at one facility doing a DoublePulsar SMB/CIFS scan of a Windows 10 workstation at a different facility.

Red flag number one: Cross-facility traffic shouldn't happen. A medical device reaching directly to a win10 workstation at a different facility really shouldn't happen. We flag this as an action item for the network team.

Red flag number two: The offending medical device had been previously infected. This device in particular is one that is managed by a third-party vendor. The vendor who managed the device attempted to surgically remove the contagion. As a rule of thumb, that's either lazy, or incompetent, and you can never really be sure you got all the infection. The only way to be sure you removed the contagion is to wipe the PC and completely re-image, aka nuke and repave.

While it had been isolated via network containment once it was found to be infected, the isolation was removed about a week before. It seems the cleanup wasn't full and complete.

It's pretty clear at this point that the offending device is still sick, which leaves us all wondering, "what did the vendor do?" Flag this as another action item for the team managing the vendor.

The class comes to a full stop.

Student #1: "Ok, Student #2, I'll call you on your mobile. This workstation is infected. We need to take this machine offline."

I offer to pause the class while the customer investigates and hopefully drops Lucifer's Hammer on the offending medical device.

I'm paraphrasing Aliens (1986) here, but Ripley was right: Nuke the site from orbit, only way to be sure. 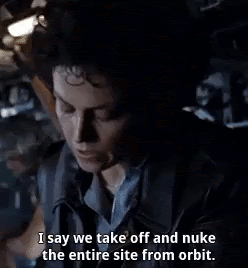 When an enterprise discovers the easy way to search for weak cryptography, they find something a little more sinister.

How the security practices of third-party vendors leave the door open for hackers to steal enterprise data.