When They're Already Inside the Walls: How to Detect and Stop Lateral Movement

You already have security tools meant to prevent attackers from getting into your environment, but what happens after they compromise one of your systems? It could happen many ways, and wise security professionals know that good defenses must include methods to detect and stop advanced threats.

The good news is that in many cases, attackers' beachhead isn't in the part of the network where they need to be. They must move laterally within the environment to access valuable data, jumping from system to system until they reach their target.

ExtraHop Reveal(x) detects lateral movement behavior on the network, like an attacker escalating their network privileges.

Last year, it was disclosed that a national space agency's Jet Propulsion Lab suffered a data breach. The report on the incident noted that network segmentation would have helped to prevent the attackers from moving laterally within the environment. That's absolutely true, but it's also true that network segmentation is difficult to set up and maintain, and it can be a hindrance to doing business.

Besides stopping lateral movement with segmentation, organizations should also be trying to detect this type of post-compromise activity. Privilege escalation, discovery, and lateral movement are all stages of the MITRE ATT&CK framework that necessarily require attackers to communicate on the network. This gives you many opportunities to detect attackers as they reconnoiter your network, move from system to system, and attempt to escalate their privileges. 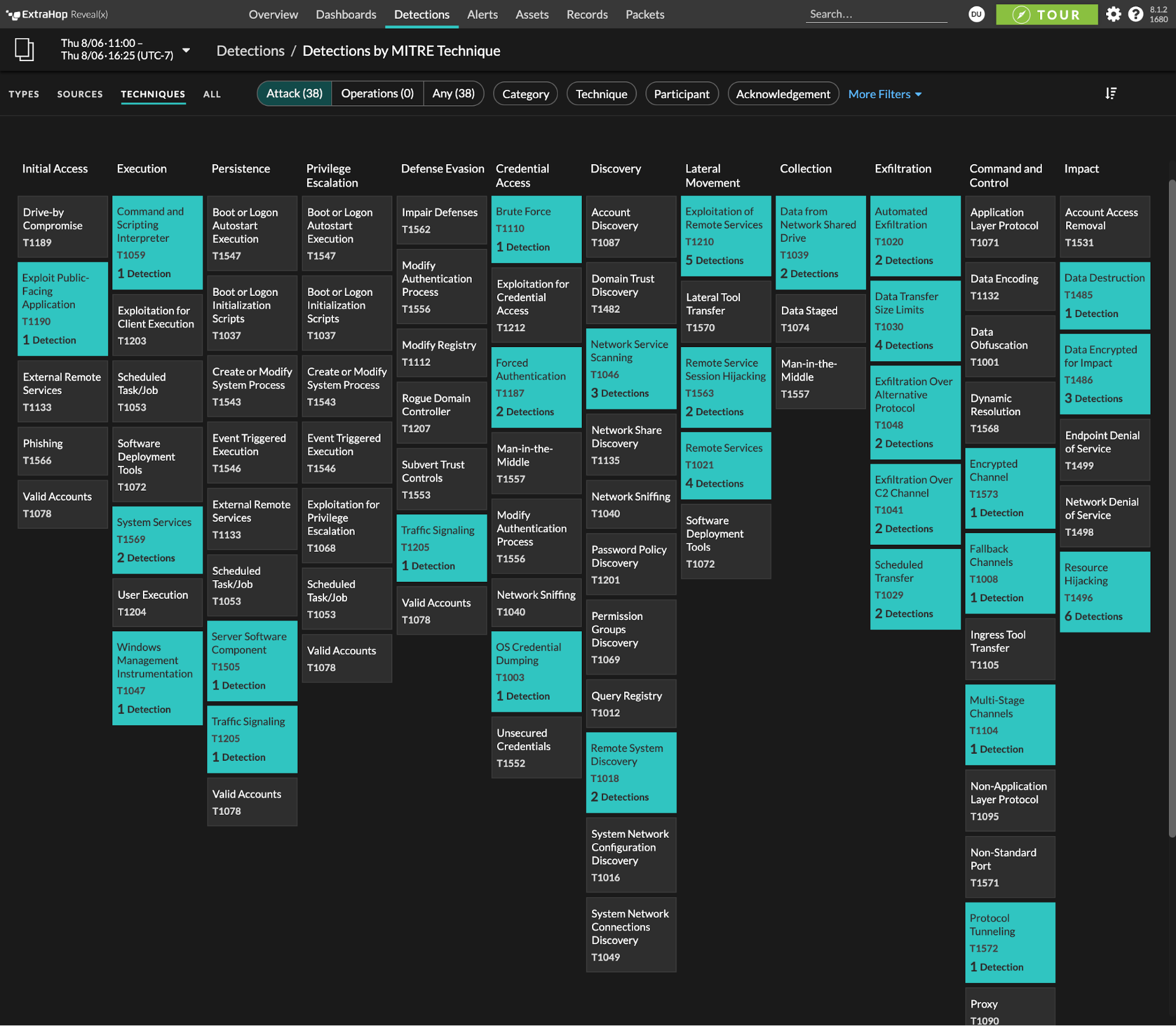 To evaluate how well you are stopping lateral movement in your environment, ask yourself these questions:

Once attackers compromise an initial system and steal credentials, they can use native functionality to stealthily reconnoiter the environment and move from computer to computer until they find their target. To detect this type of stealthy lateral movement inside the east-west corridor, cybersecurity teams need to be able to examine—at great detail and with tremendous skepticism—seemingly legitimate activity from their internal systems.

Gartner's Take on How to Respond to Supply Chain Attacks

Watch the video above to see how, then try our demo to see how Reveal(x) can detect threats like lateral movement that other tools miss.

Security in the Wake of Enabling Remote WFH Access Overnight

After the mad dash to enable a distributed workforce, it's time to think about how to secure your newly distributed infrastructure. From RDP to VPN to SSH, here's what you should have on your radar.

Get the top takeaways from the 2020 Gartner Market Guide for Network Detection and Response and see ExtraHop as a Representative Vendor.