Christine Shaw started her life at ExtraHop after graduating from Rice University in Houston, Texas. After a short stint as a summer intern, Christine joined ExtraHop full-time as a Solutions Engineer. 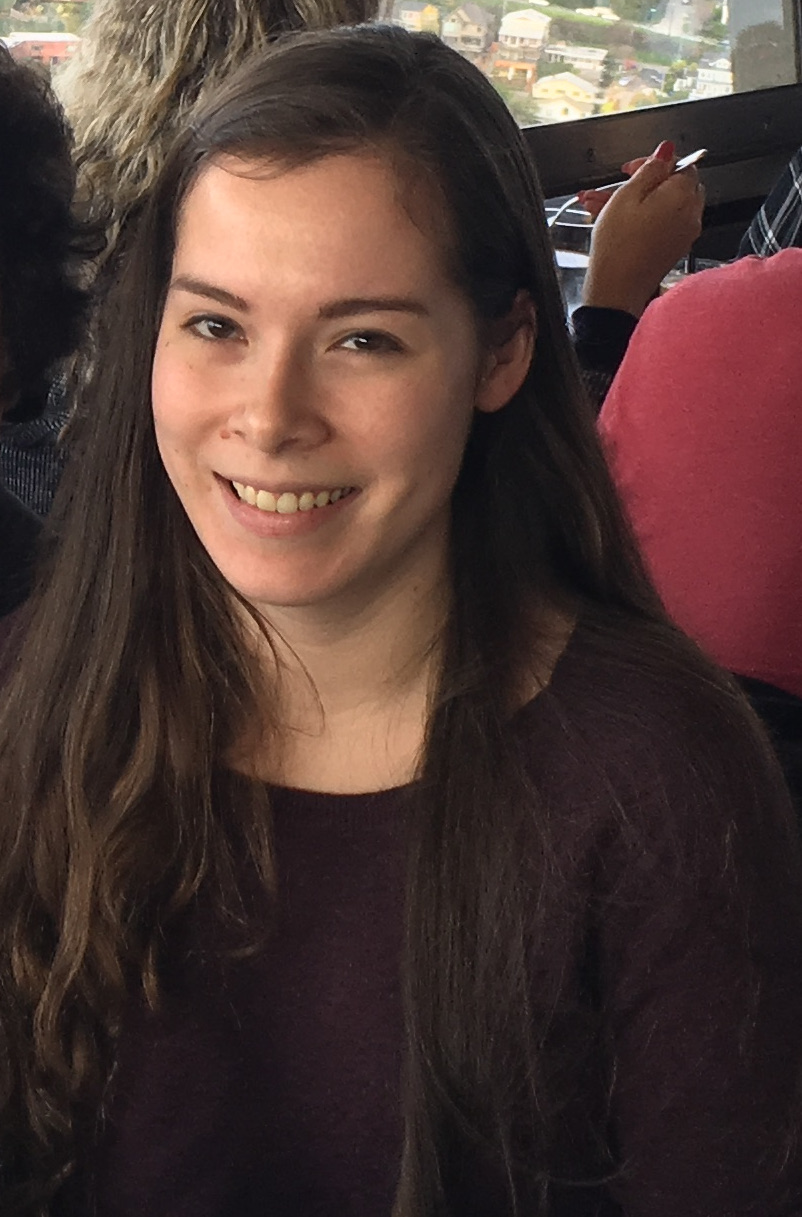 For starters, tell us what you do and how you do it?

My job is a Solutions Engineer, a role formerly known as a Technical Marketing Engineer. On a day to day basis, I make bundles (lots of javascript and dashboard design) for specific use cases to extend the product, or to make finding information easier. I also create integrations with other products. I do a lot of coding, but also technical writing for those coding projects or, occasionally, random projects that I get asked to write about. Occasionally, I work on demo videos for different things we put out. The bundles that we spend most of our time writing pose specific solutions to more targeted problems that customers want to see, or are requested by the field.

How would you explain technical marketing to an alien?

My job mixes a lot of different aspects that you would associate with other teams. It's a good mix of coding, technical writing, occasional presentations or videos, and working with other teams.

What do you wish outsiders understood about your job?

When I first started here, my team was referred to as "Technical Marketing," so sometimes people would see "Marketing" and think that defined what we did, as opposed to the focus on the engineering side. We wanted people to understand how technically focused our team was. Solutions Engineer fits the role a lot better.

One big reason I was drawn to Extrahop was that one of the founders was a Rice University alum.

What drew you to technology and, in particular, ExtraHop?

Technology in general was my dad, who was an electrical engineer. He would take my sister and me to work on bring your kids to work day and let us play around on his computer, and write little scripts to do random tasks, stuff like that.

He taught you to script?

How old were you?

Probably in elementary school. He told me stories about how he used to play jokes on his co-workers by sending messages to their screens on the old systems they used back in the day: one memorable example was making a guy's computer tell him to stop yelling at it!

At home, he would do random "hacky" things, like make a program to predict the winner of a show like American Idol, or recommission a Replay TV box when they went out of business to keep working, for free. If our TV broke, or if the computer got a dead pixel, he would fix it. So yeah, how he encouraged us to learn about that kind of stuff. I was drawn to CS specifically after taking a couple of classes in high school.

One big reason I was drawn to Extrahop was that one of the founders was a Rice University alum, and I got to meet him when he came to Rice for the career fairs. I also had a few friends who worked here previously or were applying at the same time. Moving to a new city having people you know and are familiar with is always nice.

What has been your favorite project at ExtraHop?

I really enjoy the one-offs and smaller projects. Bigger projects are cool, because you can work with your team and you spend a lot more time on those writing out official requirements. Smaller ones are more agile and quick, more flexible. you can do all your research, like the Silly Windows Syndrome, where I wrote the blog and the [bundle]. Great way to get exposure to a lot of aspects of the project.

Tell me a little about Silly Window Syndrome and TCP Windowing. Those blogs of yours became some of the most popular in ExtraHop history. Did you expect such a high volume of readership?

No, not at all! The Silly Windows Syndrome was actually a side project that I was doing while I was waiting on a different project. I think that was while I was an intern. For me it was a way to learn about TCP since networking wasn't really my background. One of my guys on my team said "Hey, do you want to write this blog post and gain a little more knowledge while you are doing it?" I didn't expect it to be a high traffic thing.

What do you think made it so popular?

I think when I was doing research I realized that there's not a lot of information out there; just a couple sentences here and there on more general TCP-related things. So people who wanted to know specifically what TCP Windowing was would probably hit on that blog post. Because that is all it was about, instead of TCP in general.

Advice to anyone who wants to get a start in your field?

Generally I would say personal projects. Whether it's taking online courses or just doing stuff that you're interested in to create a portfolio of things you enjoy working, on that you can also use to provide your experience to other people. That's the most important thing, regardless of degree, CS or otherwise: Doing personal projects to always keep learning. Obviously, a degree helps with job hunting, but doing stuff outside of that really shows your passion and interest.

What do you like to do when you're not at ExtraHop?

Trying new coffee shops is one! I love hiking when the weather is nice. It's great here, because there are so many places within an hour drive. I am hoping to get back into horseback riding soon. I started when I was about 8 years old and really miss it, especially the exhilaration of jumping.

The worst part was the polygraph and the background check, which involved some of my friends and neighbors being interviewed about me.

You interned at the CIA...twice. What's your favorite spy film?

My favorite spy movie is Tinker, Tailor, Soldier, Spy. I loved the book, but the movie adaptation was pretty good. Kingsman might be up there, although it's the polar opposite.

What did you learn from that experience?

It was probably the coolest experience I've had so far. The worst part was the polygraph and the background check, which involved some of my friends and neighbors being interviewed about me. I can't share much about what I did, beyond security-related programming projects, but the people I worked with were so talented and I learned so much about security and how impactful technology can be.

I was not super confident going into that internship because I had no idea what to expect, but both of those summers really showed me that it doesn't really matter. You can learn it on the job, the self doubt doesn't matter. It was a really big confidence booster. There were lots of super talented people who specialized in certain areas of security, who were willing to help me learn, which was super cool.

I had the same thing coming to ExtraHop. I didn't know a whole lot about network analytics, but it was the same kinda thing here: even if you don't know it coming in, you can learn.