Turn 'File Not Found' into 'Fix This'

A wild bundle appears. See below.

Many times a web page tells a client browser to fetch something that doesn't exist.

That results in an HTTP status code of 404, more commonly known as File Not Found.

Finding the 404 errors in ExtraHop is easy. The number of 404s and what URIs are not being found is intelligence.

But, what we want is actionable intelligence. Or, a way to say "hey devs, go fix this".

Triggers to the rescue.

On the "HTTP 404 to Referer" dashboard you will find:

I have used this trigger several times.

The most recent saw 1/6 (one sixth!) of all bandwidth leaving a data center consumed by a single .js file that didn't exist.

Here's what would happen. The .js file was part of most HTTP pages served by public-facing HTTP servers. When a client browser requested the non-existent .js file, the server returned a "friendly" File Not Found page . . . that weighed in at 85KB.

In one 24 hour period this missing .js file accounted for over 400GB of traffic.

We wrote this trigger, deployed it, and within minutes had actionable intelligence that was hard to argue with.

The goal with trigger is to cut through "I don't see a problem here" and get to "we're working on it". Usually that starts with: "Hey, Mr. Developer, I have a link I want you to check out." :-) 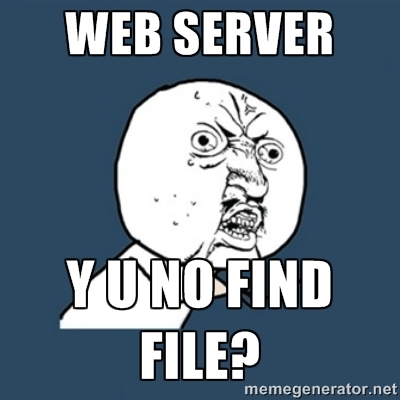