This bundle provide insight into potential instances of network and port scanning by analyzing commonly used protocols and behavior patterns. The reachability and service scans that this bundle attempts to find can be indicative of an upcoming, more targeted network attack, so the early warning that these metrics provide can help you find problems before they become critical.

In addition to detecting typical scan patterns of high numbers of suspicious packets over short periods of time, this bundle includes triggers to detect slower reachability and service scans that are spread out of longer periods to make detection more difficult. The detection thresholds for each type of scan can be configured in the corresponding triggers if the default values aren't suitable for your network. 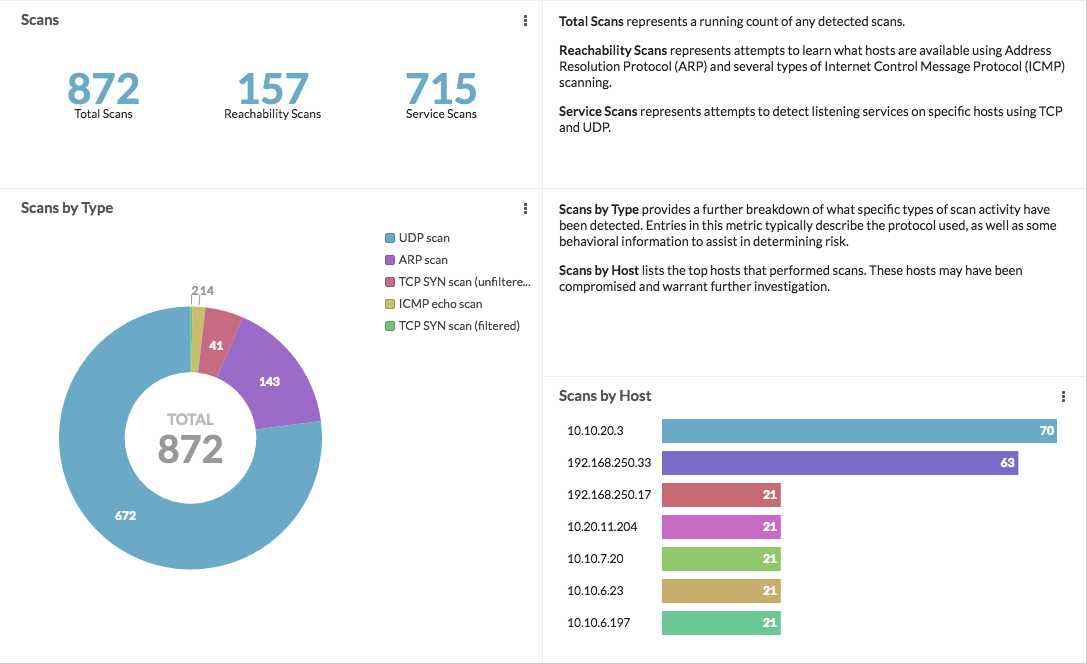 ExtraHop firmware version 5.3 or above