SEATTLE – OCTOBER 15, 2020 – ExtraHop, the leader in cloud-native network detection and response, today announced survey results of "The Total Economic Impact™ of ExtraHop Reveal(x)." The commissioned survey conducted by Forrester Consulting on behalf of ExtraHop reveals that ExtraHop customers benefit from "an 84 percent decrease in time to threat resolution, $700,000 annual savings in tools consolidation, and 165 percent return on investment."

According to the study, ExtraHop provides measurable benefits for businesses including significant reductions in unplanned downtime, time spent troubleshooting, and time spent detecting and resolving security threats. Forrester's analysis of the benefits concluded that ExtraHop customers receive "a 50 percent decrease in time to threat detection, and a 99.6 percent reduction in time to troubleshoot applications."

Findings from the study include:

For the purposes of this study, Forrester interviewed five ExtraHop customers across industries with experience using Reveal(x) and aggregated the experiences into a single composite organization. Prior to using Reveal(x), the customers were using a combination of packet capture tools, endpoint detection and response (EDR) products, and security information and event management (SIEM) solutions.

"We had SIEM, but there were always holes in that information. We added EDR, and there were still certain bits of information missing," said the SVP of global infrastructure in the financial services sector. "We didn't get the full picture until investing in ExtraHop Reveal(x)."

In a crowded cybersecurity market, the survey notes ExtraHop's customers reported "significantly enhanced network visibility" and the "clarity needed not only to detect and respond to security threats at a much faster rate", but also to "analyze end-user behavior and detect anomalies that could pose a threat", and to "monitor and troubleshoot both application and network performance."

To learn more about the Forrester TEI study, join a webinar featuring Forrester analyst, David Holmes on Tuesday, October 20, 2020 at 8 am PT (available on demand after) titled: Improving Incident Response Time by 84%: A Forrester TEI Survey. 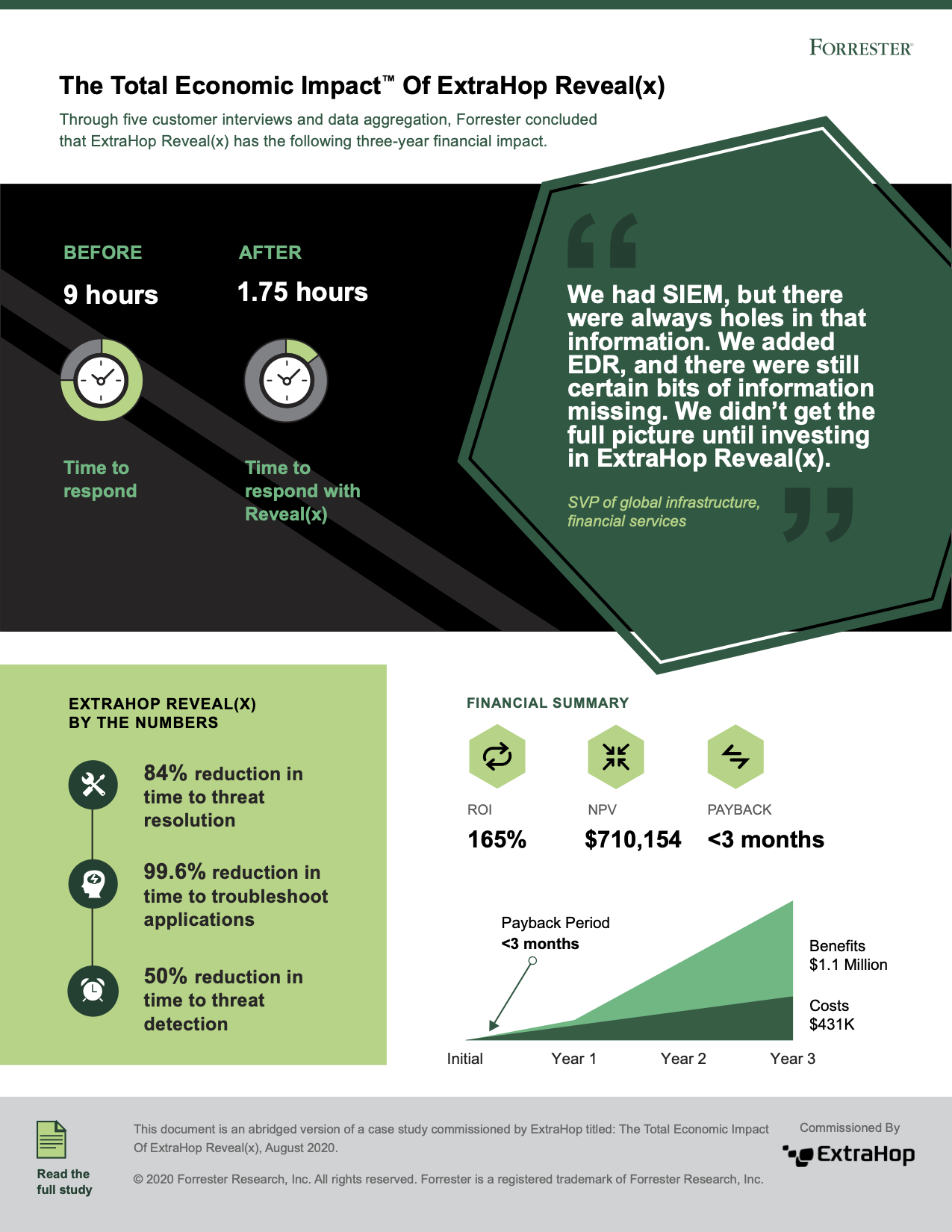