SEATTLE, WA – November 15, 2016 – ExtraHop, the first and only provider of streaming analytics that transforms network data into actionable insight, today announced that it was named to the Wealthfront "Career-Launching Companies" list for the second year in a row. The fifth annual list surveyed partners of top venture capital firms, including Benchmark, Greylock Partners, Sequoia Capital, and Andreessen Horowitz – an early ExtraHop investor – looking at factors including revenue, growth rate, and compelling unit economics. ExtraHop was one of only five Seattle companies named to the 2017 list, and the recognition highlights the company's outstanding track record of growth and ongoing commitment to fostering and developing young talent. Forbes also recently named the company one of the Best Enterprise Software Startups to Work for in 2016.

In a recent study from Gallup, eighty-seven percent of Millennials said that development is important in a job. Further research shows that young professionals increasingly look for a sense of purpose and want assurance that they are making an impact on the company they work for. Dedicated to offering college students and people early in their career the chance to get hands-on experience and valuable industry exposure, ExtraHop has a series of internships and full-time opportunities that empower employees to contribute to the company in meaningful ways and work with team members of all career stages. The company encourages a culture of mentorship and learning, and makes big investments in university recruiting.

A proven history of growth and innovation also makes ExtraHop a top company for young technology talent. In 2014, the company secured a $41 million Series C round led by Bay Area-based Technology Crossover Ventures (TCV), one of the top five largest deals for a Seattle company that year. In 2015, the company put those funds to good use, doubling headcount to over 300 employees worldwide, and expanding into new markets including Singapore, Australia, and New Zealand.

"At ExtraHop, we are committed to the career development of all our employees, whether they are just starting out or come to us as seasoned professionals," said Arif Kareem, CEO of ExtraHop. "This means providing growth opportunities and mentorship, a work environment that keeps employees engaged and informed, and a highly collaborative culture. It also means running a smart business -- one that's focused on building world-class technology and services that drives success for our customers and innovation in the market."

The recognition from Wealthfront comes on the heels of sixth consecutive appearance for ExtraHop on Puget Sound Business Journal's Washington's Best Workplaces list. The company has also received a spate of recent accolades for technological innovation, including being named "Best of Show" at Citrix Synergy, and finalist for both Best of Interop and Best of VMworld. These recent awards highlight the company's dedication to creating a positive and fulfilling workplace, as well as the industry and business success achieved through continuous innovation.

ExtraHop is always looking for passionate and driven individuals in product development, IT, sales, and marketing. Learn more about career opportunities with ExtraHop at https://www.extrahop.com/company/careers/. 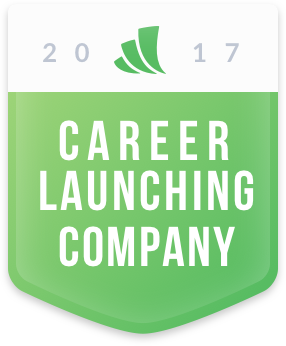