DENVER, CO – BriForum – July 20, 2015 – ExtraHop, the global leader in real-time wire data analytics for IT intelligence and business operations, today announced a specialized offering that helps customers maximize the efficiency and value of large-scale Citrix VDI initiatives. The ExtraHop Citrix Module delivers end-to-end, real-time visibility, giving customers a clear view across both their Citrix environment and the supporting infrastructure. For one healthcare delivery organization, this insight helped them save hundreds of thousands of dollars in specialist consulting fees and reduced Citrix VDI login and load times from 45 seconds to 10.

Unlike legacy monitoring approaches, the ExtraHop wire data analytics platform provides real-time, end-to-end visibility across the entire application delivery chain, including on-premise, virtualized, and cloud environments. This passive monitoring approach requires no instrumentation or application changes, and delivers both real-time insights and proactive guidance to help IT teams not only see that there is a problem but identify the root of that problem and how to fix it. Key benefits of the Citrix Module include the following:

For one large research hospital, the visibility and prescriptive guidance delivered by the ExtraHop platform not only saved them an estimated $400,000 in consulting fees but salvaged their entire Citrix VDI deployment.

Prior to deploying the ExtraHop platform, the hospital had undergone a large-scale Citrix VDI expansion to support over 4,000 clinical and business users and more than 100 applications. While the initial Citrix rollout was successful, within a few weeks login times had slowed to 45 seconds or more—an eternity for clinicians trying to access critical patient information.

"The hospital even brought in Citrix specialists to diagnose the problem, but with the tools they were using they could only confirm a slow-down, not where it was coming from," said John Smith, Citrix Technology Professional and Solutions Architect at ExtraHop. "Without the ability to see across the entire application delivery chain, the complex and interdependent Citrix environment remained a black box."

"As it turned out, the 'ghost' in the hospital's VDI infrastructure was a large number of hi-resolution .jpeg files being downloaded to a particular user's profile each morning," said Raja Mukerji, Co-Founder and President, ExtraHop. "This was causing storage I/O contention, slowing Citrix login times for all users. The fix was as simple as removing the My Pictures folder from the user's profile, but the problem had almost derailed the entire Citrix VDI deployment. With ExtraHop, the hospital not only saved thousands on consulting fees, they saved their entire VDI investment." 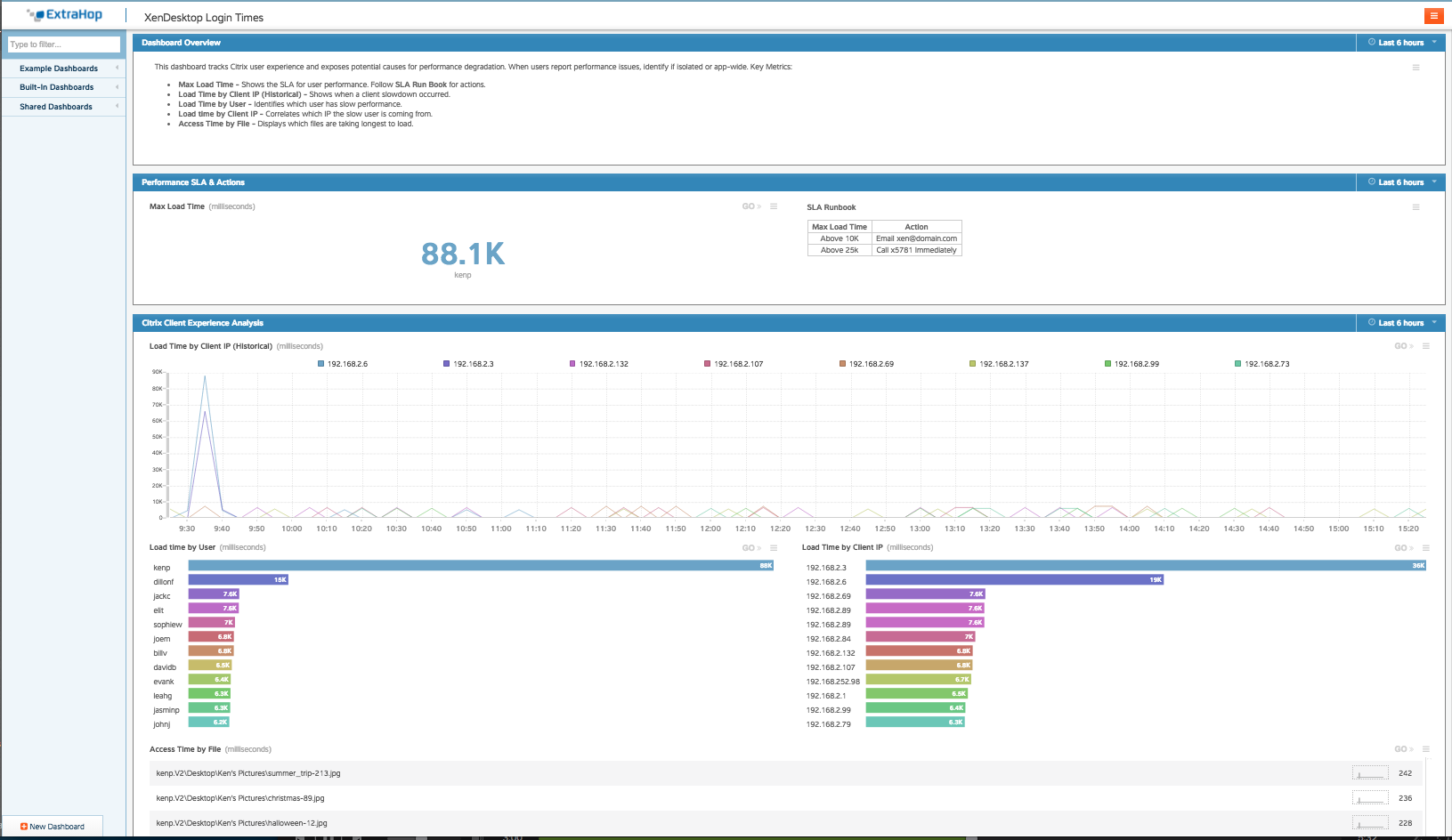 Learn more about how customers are using ExtraHop to gain visibility and proactive guidance to dramatically improve Citrix performance. For more use cases and customer stories, visit ExtraHop in Action.

To get started with ExtraHop, request your free-forever ExtraHop virtual appliance or watch the ExtraHop interactive online demo.