More Flexibility to Right-Size Your Security

Cloud service providers do a great job of delivering on the promise of being able to easily deploy and destroy instances according to need. But for security teams, the ephemeral nature of the cloud expands the attack surface, adds complexity, and has made it difficult to quickly direct resources to where they're needed most—until now.

New features in Reveal(x) 360 level the playing field for your security team.

With our Reveal(x) 360 announcement in May, we described it as the natural and timely evolution of delivering network detection and response (NDR) as a SaaS. These newest capabilities represent the next step in delivering cloud-native NDR.

Pay only for the coverage you need for as long as you need it with hourly billing for on-demand sensors in AWS environments. You can use those sensors to collect data that's crucial to forensic investigation for on-demand incident response, or you can leverage the sensors to secure sensitive data and critical applications during peak traffic periods. On-demand sensors can also supplement your existing NDR coverage without the need to invest in a large capital expense up front. 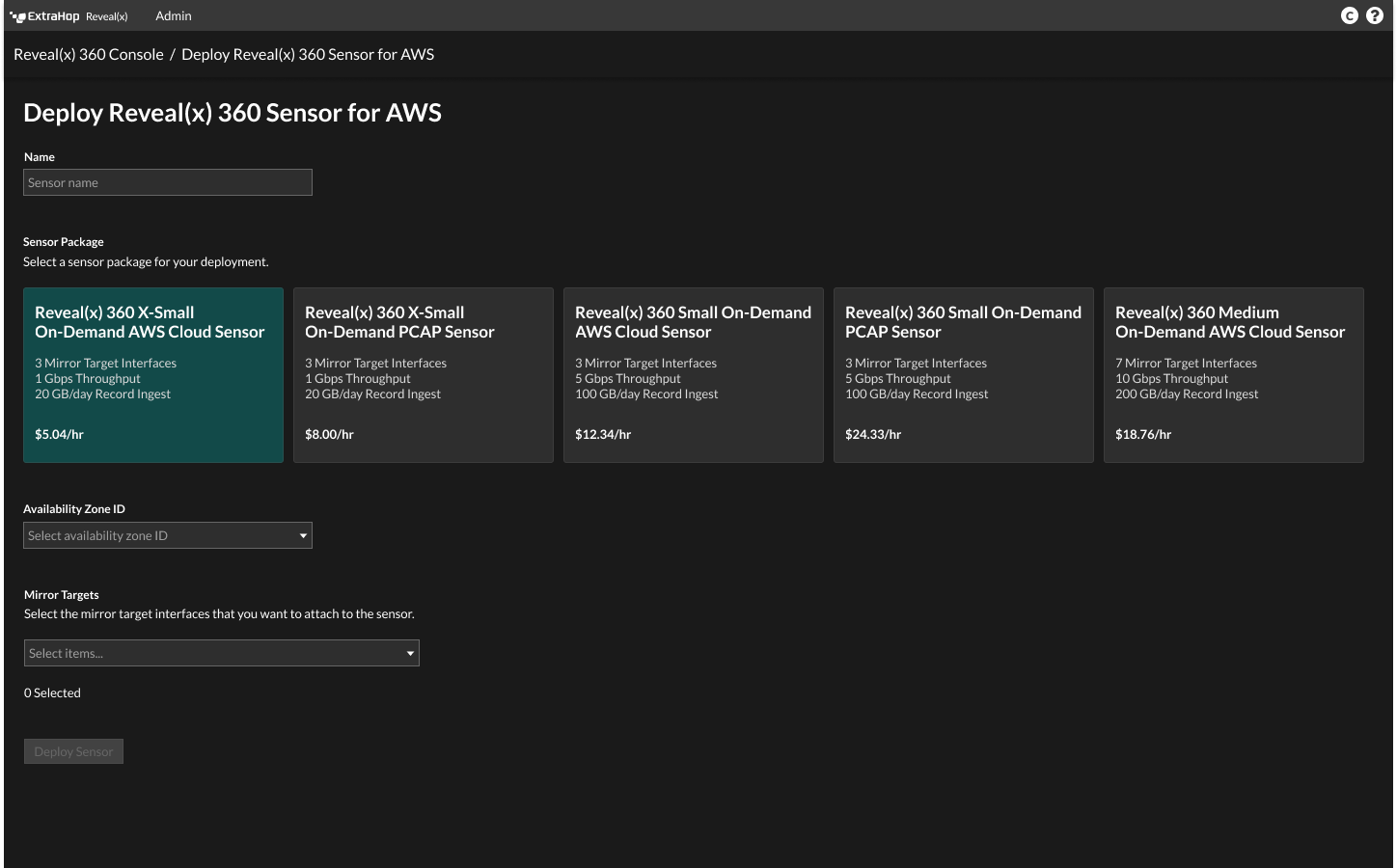 Easily select on-demand sensors from the Reveal(x) 360 cloud console for where they're needed most.

The Reveal(x) 360 cloud console gives you the ability to quickly select sensors for targeted deployment, so you can right-size your NDR in clicks. The cloud console also continuously monitors AWS environments, providing the information you need to know when and where to scale sensors up or down. You can also monitor record capacity usage history to stay up to date on consumption trends and understand when you're getting close to record store overages. 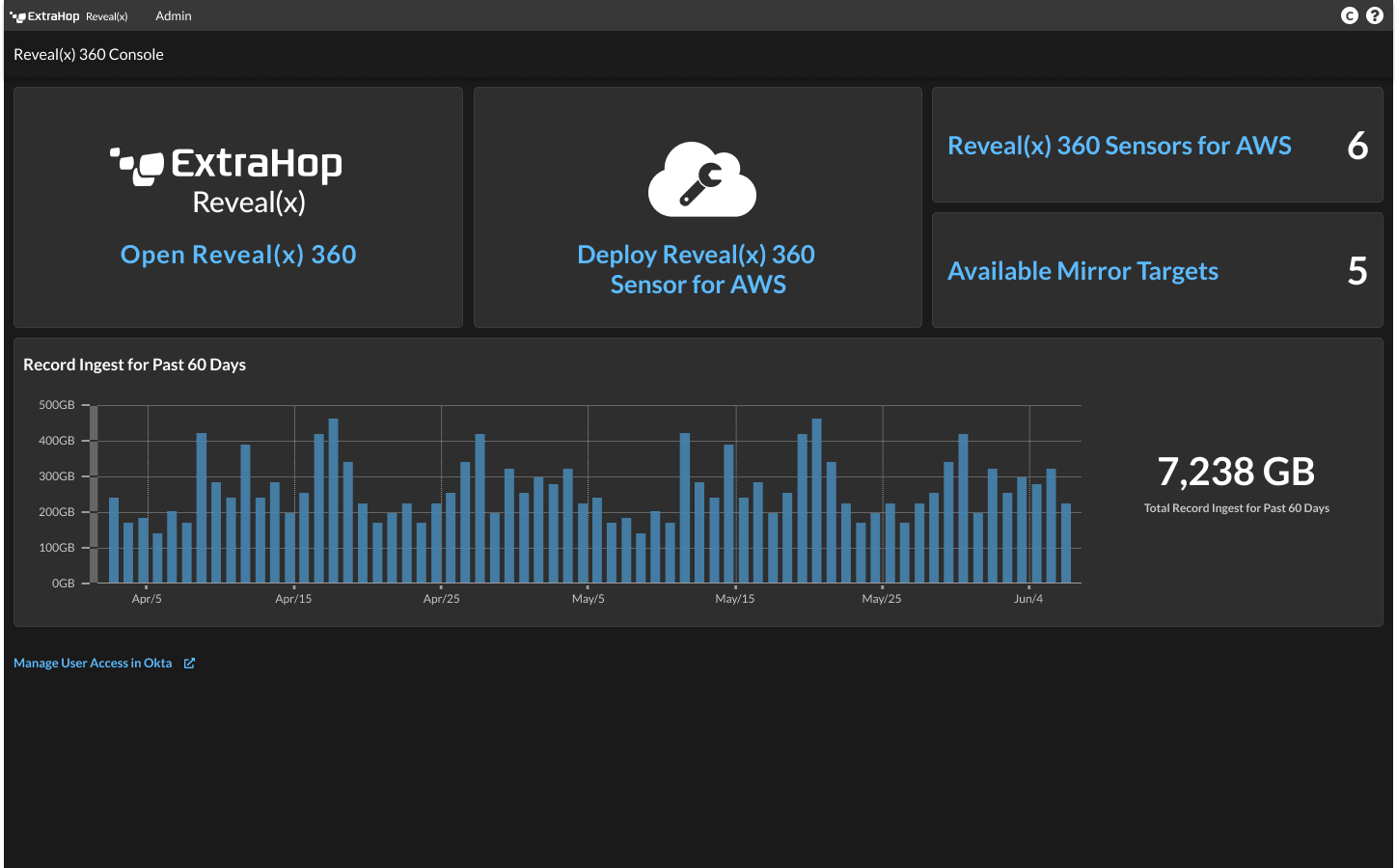 Stay up to date on sensor deployments and record store usage with the Reveal(x) 360 cloud console.

New Reveal(x) 360 Ultra sensors with continuous PCAP allow you to conduct forensic investigations in data center and campus environments. This new capability integrates with the Reveal(x) 360 cloud control plane, meaning your analysts can ditch the swivel chair and run everything through a single management pane. When combined with Reveal(x) 360 Ultra PCAP sensors in the cloud, you get a complete forensic understanding of your entire hybrid attack surface.

See how SaaS-based Reveal(x) 360 detects threats up to 95% faster and slashes your time to respond by up to 70% with a 15-day proof of value in your AWS environment. Request your free trial today!

6 New Features to Look for in Network Detection and Response