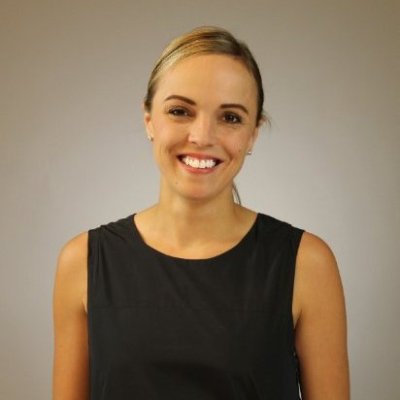 When I was in elementary school, I participated in a before school program in which we "played" with computers. These were the really old-school Macs that all kids from the late 1980s and early 1990s remember playing Oregon Trail on at school.

But in this program, we "played" at making the computer do things. I don't remember much, but I do recall one morning when our task for the day was to get the computer to draw a glass, fill it up with milk, insert a straw, and drain the glass. It required entering a series of commands in a particular order, and I was the first student to get it right. It was a huge thrill. I was maybe eight years old.

I don't know what happened to that program. I don't know why I stopped going. What I do know is that in the years that followed, somewhere along the way I decided I was bad at math and science. I didn't "get" computers. I wasn't technical, and didn't think I was capable of being so. I retreated into books, went to college, got a degree in English and Creative Writing, and went on to law school. I'd convinced myself it was what I wanted. I just didn't know what else to do.

As it turns out, woman plans and the universe laughs. I graduated from law school in 2010, the worst year in history to graduate if you wanted a job in law. The legal job market had been decimated by the Great Recession. Hiring freezes were the norm in the public sector, and law firms were laying people off, not hiring them. Finding a job in Seattle, where I'd just moved and had no contacts, was next to impossible.

Not wanting to work at Starbucks or sell my soul working as contract attorney doing document review in a basement, I managed landed a job in public relations with an agency that specialized in enterprise tech. They hired me in part because I begged, in part because I agreed to take an unpaid internship to prove myself, and in part because one of their clients at the time was an eDiscovery company. They figured my legal background couldn't hurt.

The law degree was helpful for our eDiscovery client. But as it turned out, what I loved was the IT infrastructure accounts. Routers and switches and cloud IaaS and master data management. I loved the challenge of taking complex concepts and turning them into narratives that a broader audience could understand. And I loved being part of an industry that was moving forward so fast.

I've been at ExtraHop for almost four years now. I'm not "technical" in the engineering sense, but I do spend my days talking about SDN and VDI and IaaS and ITOM, and the role that IT Analytics is playing in all of those -- not just in facilitating their adoption, but in transforming them into the pillars of modern digital business.

A couple of years into my time at ExtraHop, I had a light-bulb moment. That glass of milk that I told a computer to draw and fill? That was coding. I was coding!

All of those years that I'd spent thinking I was bad at computers, bad at math, bad at science... all of that was just in my head. When I was eight years old, I was learning to code.

I wonder now what happened to that program. Did I stop going? Did it get cancelled? If so, why? I can't go back and tell my eight-year-old self to fight for that program, to fight for that opportunity. But I can give those opportunities to my daughter (now almost three years old). I can foster her emerging love of architectural engineering (she builds skyscrapers and churches and houses with magnetic tiles!). I can encourage her passion for trucks, buses, and airplanes. I can tell her to try new things, to ask questions, to be unafraid to fail.

On this International Women's Day, I'm going to leave you with a quote from one of my daughter's favorite books: "Rosie Revere, Engineer." It took me at least a dozen reads of this book before I could get through it without crying, because I wish that someone had told this to second-grade me:

"'You did it! Hooray! It's the perfect first try! This great flop is over, it's time for the next!'

Young Rosie was baffled, embarrassed, perplexed. 'I failed,' said dear Rosie. 'It's just made of trash. Didn't you see it? The cheese-copter crashed.'

'Yes,' said her great-aunt. 'It crashed, that is true. But first it did just what it needed to do. Before it crashed, Rosie, before that… it flew! Your brilliant first flop was a raging success! Come on, let's get busy and on to the next!'

She handed a notebook to Rosie Revere, who smiled at her aunt as it all became clear. Life might have its failures, but this was not it. The only true failure can come if you quit."