How to Get ExtraHop Metrics in AWS Cloudwatch

Our REST API makes it easy to get the AWS metrics you need, where you need them.

It's been awhile folks, but I'm back with some more ExtraHop trigger goodness. We have had several users ask for the next iteration of the CloudWatch integration that debuted a few years back, marrying AWS machine data with ExtraHop wire data. We're going to be using Open Data Stream (ODS) functionality, specifically the Remote.HTTP method which lets us make RESTful API calls directly from the our triggers. If you're new to trigger writing, I recommend checking out the online training as well as my Trigger Optimization 101 series.

You can take this metric and shove it (into CloudWatch)

We're going to be using the PutMetricData method from the CloudWatch API, but before we get into the details, let's configure Open Data Stream so it knows how to talk to AWS. 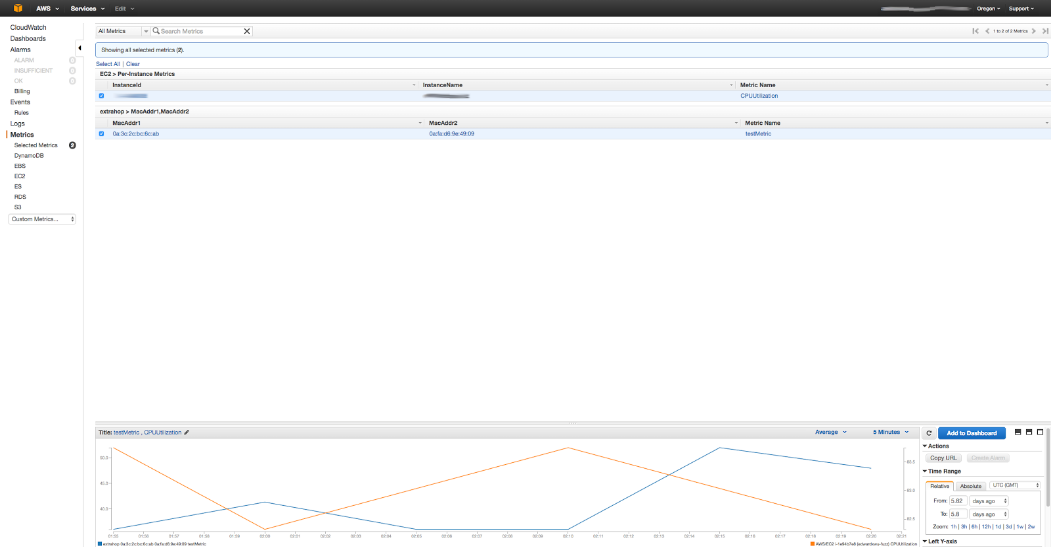 In the ExtraHop Admin UI under System Configuration, click Open Data Streams. We're going to configure a new ODS using the information from above. Select Amazon AWS under Authentication and the ExtraHop platform will handle signing every API request. 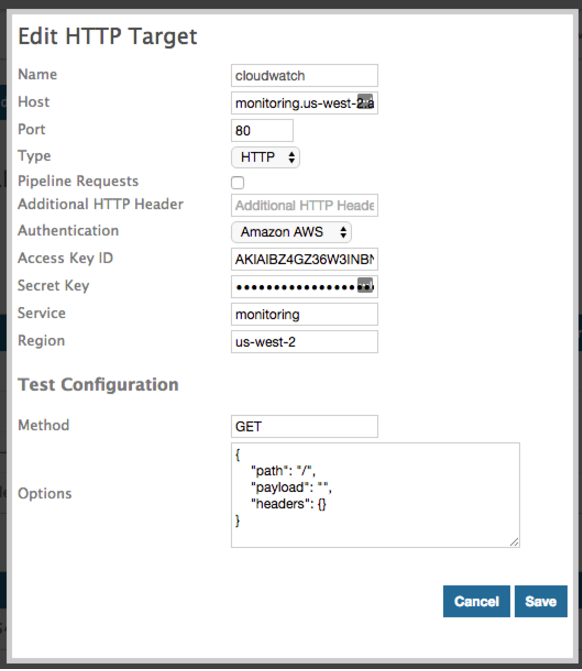 If the configuration test fails, a good first step is to make sure that outbound connections on port 80 are open for the ExtraHop appliance. You can also use HTTPS (and port 443) in conjunction with the same AWS endpoint. Otherwise hover over the status indicator (colored ball) for more information as to why the test failed.

The first step to configuring the trigger is to determine which metrics you want to send to CloudWatch. In the following example I'm going to send the unidirectional bytes sent from a device and include the device's MAC address as a dimension. We could just as easily send processing time, error counts, or any other data which we could use in conjunction with the AWS resource metrics like CPU and memory utilization.

Rinse and repeat for additional metrics and dimensions. The for-loop handles structuring the payload properly.

Mix and Match Your Data

With the trigger assigned and firing, you should be seeing metrics in CloudWatch. From here, you can easily chart ExtraHop and CloudWatch metrics together, as well as expand on the metrics you want to send to CloudWatch. If you end up using the script to send metrics to CloudWatch, share your experience in the comments sections below. 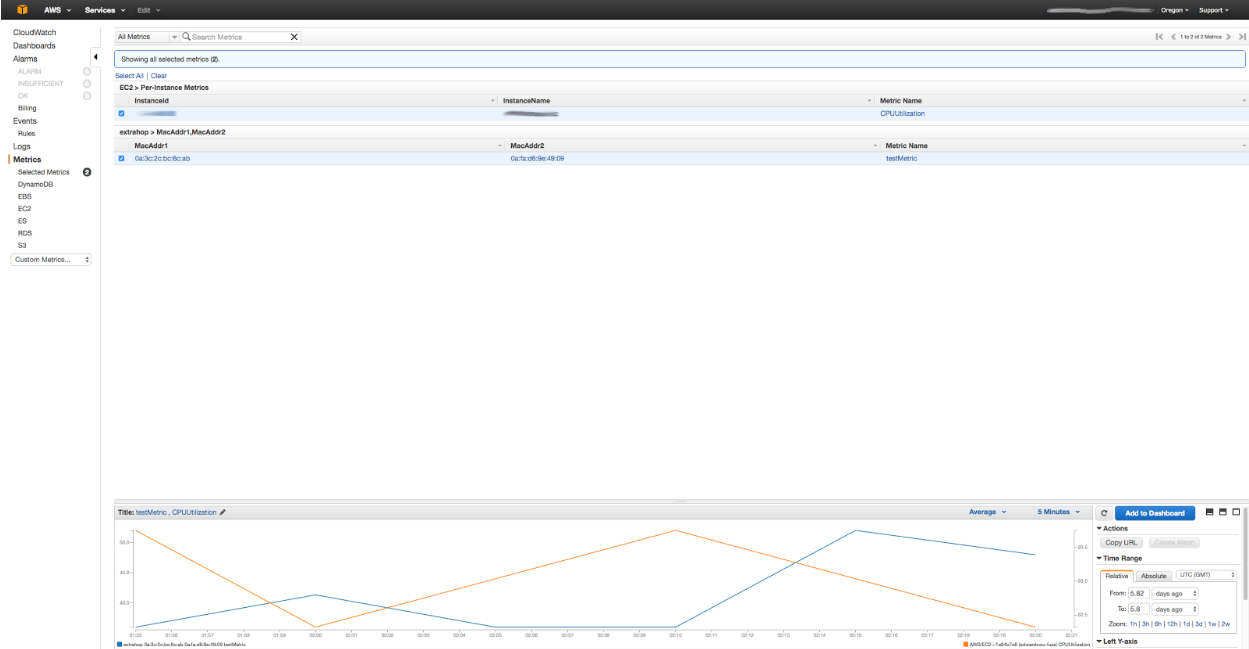