Why I Joined ExtraHop – One Wire Data Expert's Story 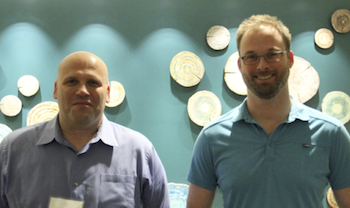 In 2011, I was working for McKesson Managed Services' Application Hosting group as a Senior Architect and trying to improve our operational maturity by providing better visibility into the environment. After having developed a solution using PowerShell and SQL Server databases to mine critical machine data, I was told that the organization was considering a product called ExtraHop. At the time, we already had made a significant investment in a well-known application performance management (APM) tool, and I was not going to sit by and watch the organization sink money in yet another tool that would not get the job done for our increasingly complex and dynamic environment. I told my boss that we had to do all we could to stop this deal.


Epiphany: The Value of Wire Data

Weeks later, as I went into my first demo of ExtraHop, I thought, "Okay, here comes another fraud/poser who is going to tell me that their product is different than every other product that I have seen. This is going to be the same song and dance that I have watched for the last 15 years."  The fact is, for the last 15 years we had done the following:
I had successfully written my own tool at the Centers for Disease Control and published a successful blog on how to make data portable, so I felt like I had seen it all in terms of monitoring. But seeing the ExtraHop demo, I was stunned at the innovation of the product and the metrics it was able to pull right off the wire without agents. Once I was exposed to Application Inspection Triggers (being a syslog fiend myself), I was completely sold on ExtraHop. Within a matter of hours of using the product—yes, hours—I had uncovered major issues with our environment that could greatly increase the performance and stability of our application-hosting platform.


It's Not Just Technology, But the People Behind It

I was utterly sold on the ExtraHop technology, but the people explaining the wire data message helped as well. Oftentimes, it is not always enough to have a great product; the people selling it have to make sure they get the message across, especially an innovation such as ExtraHop that requires a paradigm shift from traditional machine/synthetic data to wire data. After years of eye-rolling presentations from sales engineers, ExtraHop's Matt Cauthorn had obviously been through the operational wringer a time or two himself and knew exactly what I was going through.


After my epiphany came the hard part: explaining to my boss that we were going to have to tell the VP that we are wrong and that the other guys were right! I have always tried to keep my ego in check, but it is never easy to admit you were wrong. ExtraHop wasn't just another tool.

In December 2012, I flew to Seattle (where I grew up) to speak at the ExtraHop sales kickoff about the incredible success McKesson had with wire data analytics. After over 19 years in "the enterprise," being around the energy of the ExtraHop employees was a breath of fresh air. In a strategy session with the ExtraHop product team, we were having a very heavy "ones and zeros" conversation; there is something to be said for a company when you are in a technical strategy session and the CEO and President are perhaps the most accomplished architects in the room.  How novel: a CEO and President who are actual architects!


An Opportunity to Transform How People Run IT

I left Seattle wondering what it would be like to be a part of a pioneering technology company in its early stages. Throughout my career, I have always been among the smartest, most competent architects on the floor, and it was great to be the resident Jedi Knight. But after feeling the ExtraHop vibe, I realized that it was the chase and pursuit of innovation that make my job fun, not the finish. When the opportunity came up, I decided to join the ExtraHop Solutions Architecture team. I want to be there when customers first realize what ExtraHop can do for them—for their operational maturity, for their business, for their careers, and for their morale.


I should also point out that I turned down a standing offer from Splunk to hold out for a position with ExtraHop. This is the product I have the most faith in, and I am proud to be a part of the ExtraHop vision. Also, ExtraHop is still looking to hire more new talented individuals. (Send us your bright friends and colleagues!)