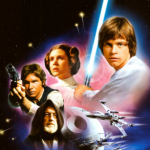 As a "sequel" to yesterday's Vendor Chronicle's post, I'm going to tell a story about what happens when a client is stuck in the middle between multiple vendors. This is when the finger pointing really gets bad, and the blamestorms escalates to the "galactic" level.

So once upon a time, in a galaxy not so far away, we ran into a customer in the transportation business that moved a lot of files across the network. A lot of important shipping related documents are stored in NetApp storage devices and acessed via LANs and WANs, routing out through Cisco switches. Similar to our etailer from yesterday, they started seeing major performance issues, and was able to narrow it down to somewhere between the NetApp storage devices and the Cisco switches.

This is when the vendor wars started. Of course Cisco says, it's clearly the NetApp's fault, and

has nothing to do with us. And NetApp counters, it's not us, the Cisco switches are at fault. A classic case of "he says, she says", so what's the poor customer to do?

At the risk of overusing my movie metaphor here, I'm going to say they turned to ExtraHop with a "you're our only hope". So we installed our Application Delivery system, fired it up and started investigating. A short time later, there was enough evidence to indict both vendors. 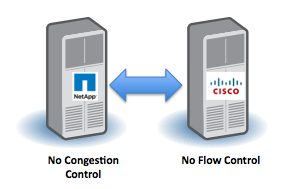 On the NetApp side, through an ExtraHop metric called "Bad Congestion Control" (which by the way, ladies and gentleman is also our Metric of the Day), we discovered that the custom NetApp TCP stack really didn't handle congestion very well. With no active congestion control, the storage device just dumped the packets on the wire and expected the switching infrastructure to handle it all. On the Cisco side, because there was an EtherChannel connecting the Cisco switch to NetApp, flow control was not enabled. As a result, packets just got dropped and application performance suffered. We saw this through our Dropped Packets and TCP Retransmissions metrics.

Armed with this information, the customer was able to go back to both vendors, asked for specific fixes that solved the problem. Another disaster averted. So the next time you're caught between vendors, think about bringing in a 3rd party mediator that can help end the Vendor Wars.