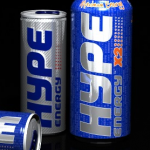 We were in an analyst briefing the other week. It's always good when these things get interactive, and the analyst fires great questions back at you. That shows they're following, they get your story. In this particular briefing, after a few slides, the other end of the line was just silent. So we paused and asked, "did you have a question or comment?" This was right after we talked about how ExtraHop was like Google Earth for your Applications and Networks, giving you full and complete visibility from L2-L7. After another pause, the analyst finally  said "this sounds to good to be true".

It's unfortunate that analysts can get pretty cynical, but there is a a good reason for this. Management vendors have over-promised and under-delivered for years. The marketing

hype tends to outpace product reality, sometimes by a lot. Two of the biggest claims that's been thrown around way too much, without real substantiation are "application-aware" and "bridging the gap".

- Application-aware: Type in "application aware" or "application visibility" into any search engine and you'll get millions of hits. A lot of management tools tout that they are application-aware because they say they can measure transaction timing for applications. The reality is what they do is measure application turns, which is basically you see some packets goe one way, immediately followed by packets that come back the other way, so you measure the time and assume that's a transaction. But with HTTP pipelining and other common features of today's applications, it's often not a request followed directly by a response. Without understanding the true transaction boundaries, app-turn based timing can be very misleading. Another problem with this approach is they have no notion of success or failure for any given transaction. Sure it's fast, but servers can spew error messages faster than just about anything, and that's definitely not a desired result of the application. Because existing management tools on the market generally stop at L4, they can't deliver true application visibility.

ExtraHop has the industry's only L2-L7 solution that has deep understanding of most common protocols. So we understand transaction boundries, we understand details of the errors. We deliver fully automatic and complete analysis of all business-critical transactions. Now that's real application awareness and application-level visibility.

- Bridging the Gap: Breaking down the silos between different IT groups and allowing everyone to leverage the same tools and same data to troubleshoot problem has been the management nirvana for years. And plenty of vendors claim to do just that. Most of our competitors claim to do "network and application management". But the reality there is these vendors don't talk to the application team, and their tools are still exclusively within the domain of the network teams. This is because they don't provide the right kind of metrics for applications teams, and the UI is still too network centric.

It's time to separate the marketing hype from product reality. Don't just listen to your vendor's spiel, challenge them to prove it. By the same token, think the ExtraHop story is too good to be true? Take us for a test drive and see for yourself.