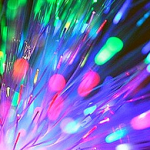 In order to put together this resolution list for our favorite people - Network Engineers, I dug around the Internet for inspiration. This is when I stumbled across the Network Geek's Amazing New Year's Resolution Generator! But "I will start to date people on the Internet again" isn't exactly what I was looking for.

What about you, what have you resolved to do differently in 2009? Let us know via your comments!