Moving Towards the Private Cloud 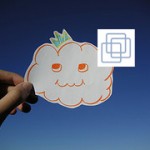 VMware made a big splash yesterday with the launch of VSphere, the new "cloud operating system". The idea is that any enterprise IT department can leverage VSphere to build a private cloud and scale up VMs on-demand, based on business needs. A number of performance improvements were made, supporting impressive numbers like supporting 1 giant computing pool with "32 physical servers and 2,048 processing cores, 1,280 virtual machines (VM), 32TB of RAM, 16 petabytes of storage and 8,000 network ports".

It's apparently a 2-part launch, with the automated management capabilities coming sometime in the fall. We'll be very interested in seeing what management features are coming in that release. As we've discussed in previous blog posts, the success or failure of a cloud or virtualization project is closely related to manageability, performance and delivery assurance, the main themes for this blog.

Also found another interesting article while researching this piece of news, despite the name "The Case Against Cloud Computing", the author makes a cogent argument in dispelling each of the common objections. Definitely worth skimming through.

In other news, analysts are busy processing the newly formed Oracle-Sun juggernaut, picking winners and losers. Network World has a few articles arguing for a few potential fallout scenarios. So far, SAP is called out as a loser, mixed opinon on Microsoft and unclear on the future of MySQL.